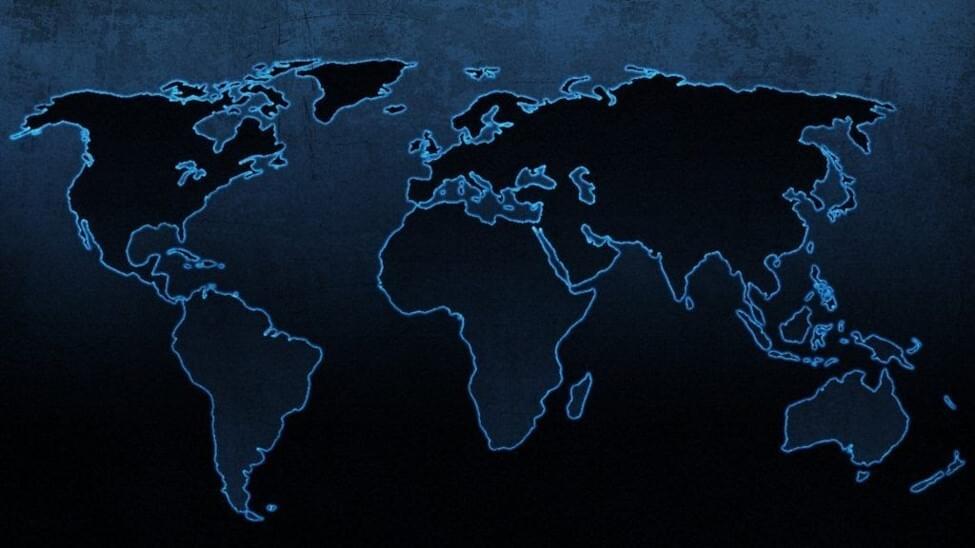 Dion Lynn - North Carolina
Dion Lynn is the father of 13-year-old Mika Lynn, who recently had a wonderful breakthrough while participating in the My Soccer Mentor program.
Click Here to Apply + Free Demonstration

Emanuel Vidolin, Father of 11-year-old Gianni, explains the benefits his son received from My Soccer Mentor. He gives a fresh perspective, being an player himself in Argentina.

Robert Aubrey, father of 9-year-old Minna, explains how his daughter used My Soccer Mentoring program to move pass her fear of making mistakes, which may have been conditioned by old coaches. He explains how Minna digested the program information, and how she took ownership to get herself back on track to playing Highly Confident Soccer Consistently.

Jennifer Gould, mother of 12-year-old Aidan, explains how her son used My Soccer Mentor to improve his overall approach to not only Soccer but to Life. She explains how MSM has helped Aidan to use critical thinking, self-analyzing, and reiterating to improve his overall performance.
Jeffrey Houser - Sarasota, Florida
Jeffrey Houser, father of 13-year-old son Noah, explains how his son has been obsessed to become the best player he can possibly be. Jeff explains that Noah was able to learn and excel at essentially every part of the game except for the mental part. After 3 phone calls, Jeff has seen a complete Maturity change in his son, who is now tearing up the field with confidence.
Click Here to Apply + Free Demonstration
Jami Ashe - Tennessee
Jami Ashe is the father of 10-year-old Bella Ashe from Lebanon Tennessee. Jami explains the benefits his daughter received from My Soccer Mentor.
Click Here to Apply + Free Demonstration
Jill Patterson - Ohio
Jill Patterson is the mother of 15-year-old Mitchell Patterson. They live in Westerville, Ohio and are members of Soccer Field Academy, which is International Academy Partner of Southampton FC.
Jill explains the impact that My Soccer Mentor had on her son.
Click Here to Apply + Free Demonstration
Daniela Malzcewski - Chicago, IL
Daniela Malzceewski, mother of 13 year old Tyler, explains how Tyler was able to "channel" his competitive emotion into effective and productive behaviors within 5 weeks of My Soccer Mentor. Tyler plays for Chicago Fire Juniors South.
Andrea Garretson - Hattiesburg, Mississippi
This Success Story with Andrea Garretson is a refreshing look at how soccer players can make significant improvements in just a short period of time. After participating in the program, Andrea's daughter, Anna Beth, was awarded "Most Improved Player" by her Club. Anna Beth is 14 and plays for one of the most respected clubs in Mississippi.
Jennie Gwinn - Scottsdale, Arizona
Jennie Gwinn from Scottsdale, Arizona shares how her 9-year-old daughter was struggling with confidence and was able to make a 100% transformation within 6 weeks. Brooklyn now competes fearlessly against older boys and hasn't looked back.
Jean Janecki - Amherst, Massachusetts
Jean Janecki shares her experience with My Soccer Mentor.  Jean comes from a big soccer family. She explains how her son, Marcos, would "mentally take himself out of the game" and how he was able to transform from this state into one of the top performing players on his team. Marcos is 15 years old and plays for the Boston Bolts ECNL Team.

In this success story interview, Coach Lucas speaks with Teresa about her son and how MSM has immensely improved his game.
Before Denon started working with Coach Lucas with My Soccer Mentor, he was an excellent player but felt as if he had to play at only a certain level. Denon and his mother both knew that he is an exceptional player but something about his mental game had to change. Within the 6 weeks of the program, Teresa saw a dramatic change in his performance. But, not only did she see it in his playing, but she also saw a change in his everyday life.

In this success story interview, Coach Lucas speaks with Tim about his daughter and how MSM immensely improved her game.
Prior to starting the program, Lexi was struggling with mental strength. She would often find herself hesitant, afraid to challenge people, and not wanting to be physical in the game. She would freeze on the field when she had the ball and when she was challenged by an opposing player, she would pass the ball. She even was hesitant to take a shot on goal. Lexi did not understand why she was playing this way. After completing the program, Lexi’s performance is like night and day. In her breakthrough game, she had 4 goals and 2 assists! She is now aggressive and wants the ball to take a shot. With her newfound confidence, she overcame her own mental obstacles. In each game, she works on at least one skill to better herself. With everything she learned in the program, she continues to carry with her and continues to play at her highest level.

Mateo started playing soccer at a very young age, his family loves soccer so he always had this mindset to play soccer. He started playing travel soccer at age 12. Massimo noticed Mateo had several mental blocks in his game. He had the skills to play really well, but lacked that mental push. One of his mental blocks was not wanting to make mistakes, but got too much in his head, thus making those mistakes. By trying to avoid making mistakes, he would get the ball, then pass it on almost instantly. After completing the program, his breakthrough performance was at a showcase. Massimo can see the increase in confidence Mateo had on the field. Mateo was no longer lost on the field and had control of himself with and without the ball in possession. He handled making mistakes in a better manner. Mateo was handed opportunities to receive scholarships to play for D1 colleges and at a university in England. He can now take his newfound confidence and run with it and play his very best.

Peyton takes soccer seriously and has big goals. But, he became easily discouraged and frustrated in a challenging setting. This would then cause him to not play his best that game. After getting beat, he could not shake it off and he carried it with him for the games after. So, overall, he got into his head too much and his confidence continued to lower when plays did not go as planned. Marla noticed this for the past couple of years. She knew Peyton needed help building his mental strength. After hurdling over his mental obstacles, he began to play more freely and personally performed better. This just started 3 weeks into the program. With the weeks after, he continued to self reflect and make tweaks to his game. He now has the mindset of applying his newfound confidence using his skills set to ensure he becomes the player he wants to be.

Janet shares her story on how her 11 year old son went from the bottom team to scoring multiple hat tricks on the top team. Jake took the My Soccer Mentor Program by storm. His results are not typical, but this is a perfect example of what is possible when a player commits to developing the right mindset.

Before starting the program and working with Coach Lucas, Samuel lacked confidence on the field. His coaches would often pull him for a break minutes into a game. Samuel had an amazing breakthrough between weeks 4 and 5, of the 6 week course. His mother watched him become a beast on the field for a tournament he had. He can now play through a whole game and not become mentally weak. Not only did he change his mindset on the field, but he is now getting noticed at school for a becoming such a confident and caring young man.
We are extremely excited to what Samuel will do next!
Click Here to Apply for my Program
Written Testimonials
"Hey Lucas!
This was a great phone call. She is talking so well with you. She is normally pretty shy and very hard to get to talk but with you, she opens right up. She said, “I really like that guy, he knows his stuff”. I think we are starting to see some changes. Her goal last week was a monster. She received the ball in the back field, did a quick fake and beat the defender and dribbled for about 40 yards of space and took a monster right foot from just outside the 18, over the keeper and in the side net."
-Week 2: Dion Lynn for 13-yr-old, Mika Lynn. North Carolina
"The confidence and maturity difference that I’ve seen over the last 6 weeks is night and day."
-Jami Ashe for 10-yr-old, Bella Ashe . Tennessee
"5 goals in a 7 nothing game. My wife noticed his improved foot skills already."
-Week 2: Juan Dominguez on his 7-year son. Severna Park, Maryland
"Coach Luke went above and beyond to train me not only as a player but also a friend. His passion and determination not only to me but also our team was inspiring and humbling. Overall as a coach, I think Luke's fiery personality matched with his technical ability as a player is what makes him a great coach. He knows the game fully, he knows what it takes to get to peak performance ability, and most importantly, he knows how to push his players in order for them to reach that next milestone."
-22-year-old Player, Saint Xavier University. Chicago, IL
"Working with Coach Zeiler had an exceptional impact on me. Through his use of dynamic strength, conditioning, and technical drills he helped me tremendously. His drills were always innovative and constantly forced me to improve my game. He stressed and instilled in me a strong self-belief as a sense of inner motivation. His training not only helped me improve on the field, but off it as well - and for that I will always be thankful."
-23-year-old Player, Saint Xavier University. Chicago, IL
I have had the privilege of working with Lucas for the last two years of my collegiate career. Not only has he helped me get back into the game of soccer after my ACL surgery in 2014, but he also helped remind me how I first came to love the game. His skill as a coach and mentor is impeccable. His hard work and dedication to the sport and players have not gone unrecognized. I have seen him work with players as a team and individually, gaining respect from each player, including myself. With me, he took the time to figure out my strengths and weaknesses on the field and would not stop working until I was completely satisfied with the player I wanted to become. For this, I owe him the remainder of my career as a soccer player.
-20-year-old Player. Saint Xavier University. Chicago, IL
Social Media 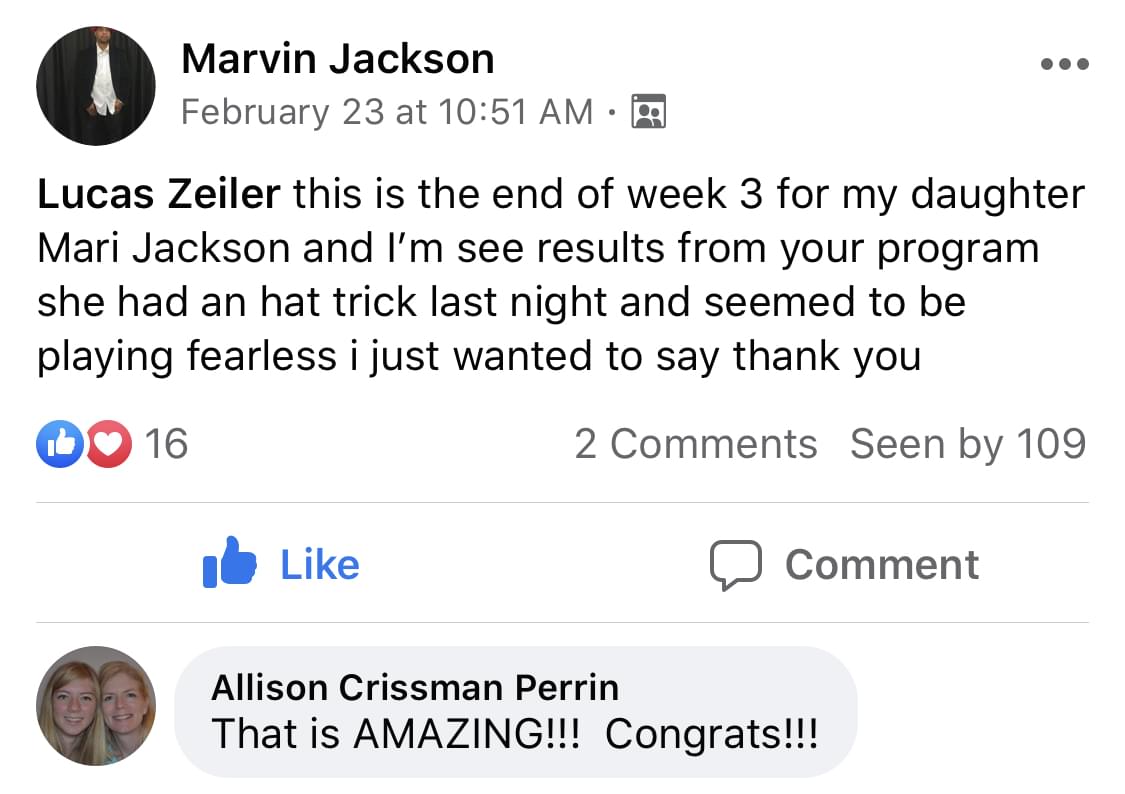 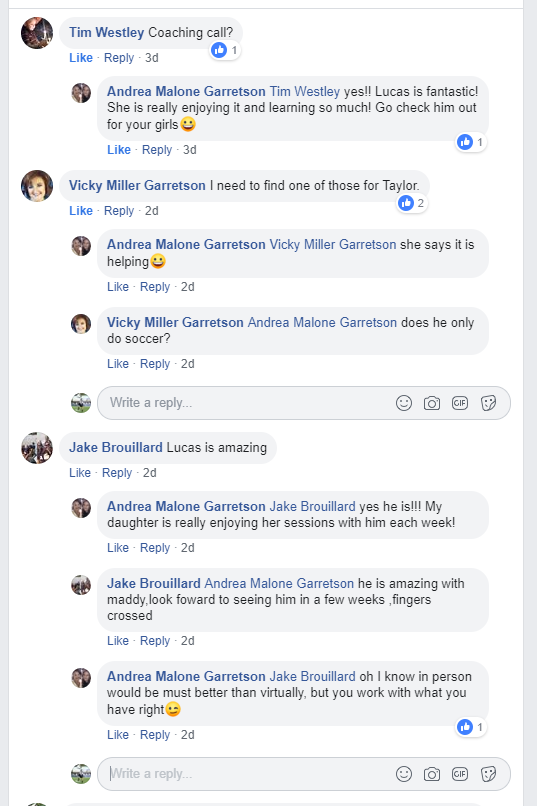 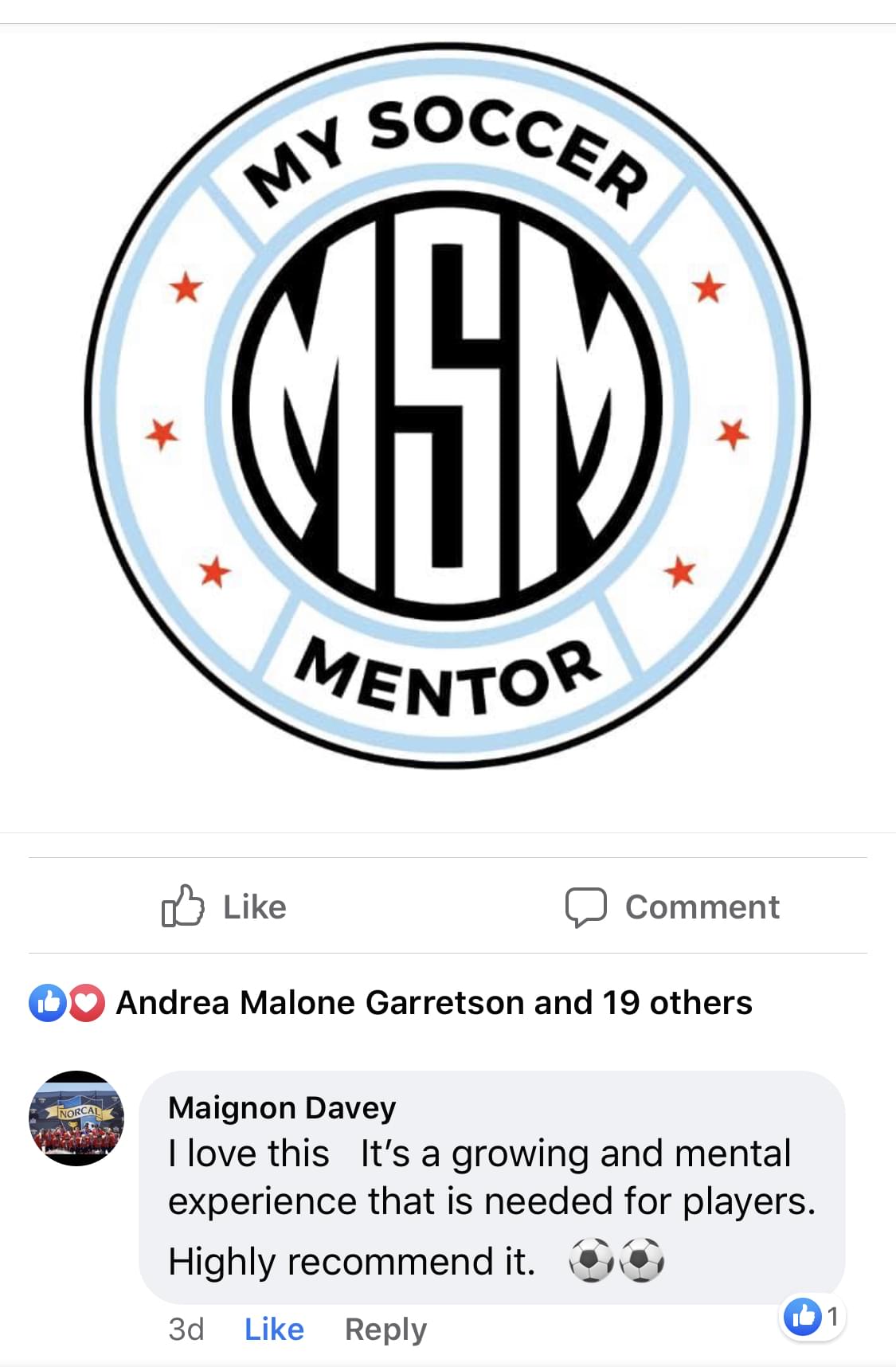 
Lucas Zeiler helps players understand a Self-Development Process that they can use to become unstoppable players.  He is an expert at helping players improve their performance by changing their development methods so that their development is more efficient and effective.

If you're player is interested in improving their soccer performance then definitely reach out and request a free Soccer Mentoring Demonstration today.